Xiaomi continues to release MIUI 11 for their older devices. Last, to join the party is the Redmi Note 6 Pro released in 2018, which now hosts the latest global version of the user Xiaomi interface.

This update reaches users via OTA (over-the-air), version .) 0.1.0. Note that the Note 6 Pro was the last device released before Redmi became a standalone Xiaomi brand. 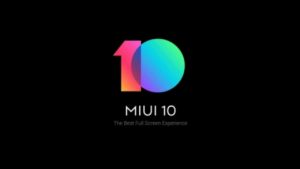 The smartphone hit the market with MIUI 9 and was eventually upgraded to MIUI 10. Following the trend of providing updates to their devices, Xiaomi has now launched MIUI 11 to this intermediate terminal.

Please note that this update is still based on Android 9. Although you will have some Android features 10, on paper your device will still continue running Android 9.

If you have the stable global version, you can confirm in Settings if you already have the update available. The big change is visual, as you now have a skin that is better suited to devices that take full advantage of the screen.

It’s nice to see Xiaomi’s commitment to their devices. I already received the MIUI 11 on my Redmi Note 5 some time ago, and I hope this upcoming update will be based on Android 10.