Following months of leaks, a smartphone tentatively suspected as the OnePlus 8 Pro has now cropped up and passed certification at China’s Ministry of Industry and Information Technology (MIIT). That’s according to recent reports citing tipster Sudhanshu Ambhore, who spotted the device under the model number IN2010.

The listing doesn’t provide too many details regarding what, exactly, users should expect from the OnePlus 8 Pro. But it does showcase a variety of mobile bands and suggest that dual-mode 5G connectivity will be a big feature. That, in effect, means that it should be able to support two 5G connections at once via dual SIM cards.

Supported bands listed at MIIT are likely relative only to a China-ready variant and may not show everything about connections. But they do list bands n1, n41, n78, and n79. 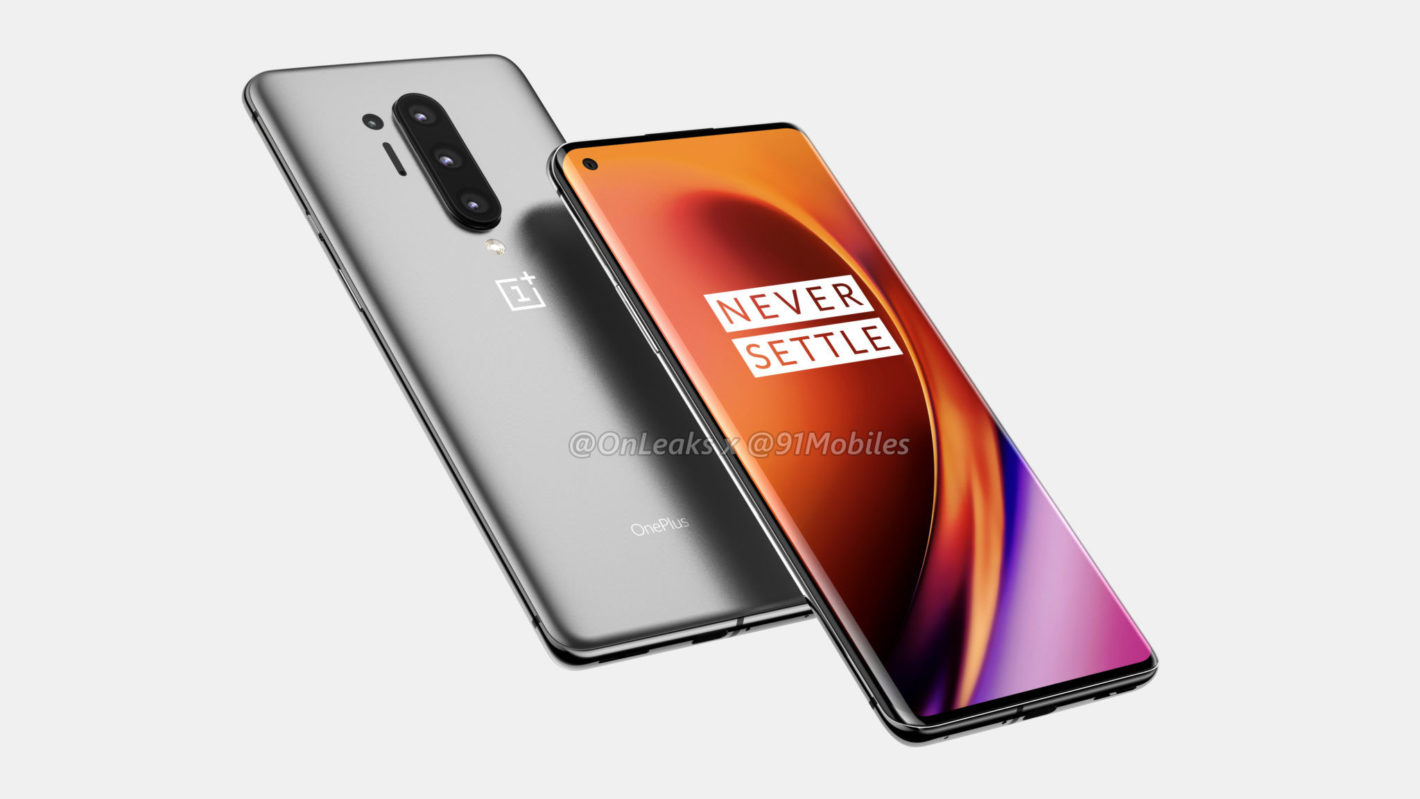 Now, there have already been a number of leaks about the upcoming OnePlus 8 series of devices. Each is expected to bear remarkable similarity to one another, down to the Samsung-like front and edge panels and notably OnePlus-style rear panel and camera array.

In the OnePlus 8 Pro, leaks have suggested there will be a tiny punch-hole style camera at the front. The rear panel has shown a quad-camera setup.

Not much is known with regard to pixel size or the resolution of those cameras. It has been leaked however that the extra sensor on the OnePlus 8 will be a ToF sensor. That may be used like it is in Samsung’s Galaxy Note 10+, for AR effects. It could also simply be used to improve the depth and focus capabilities.

A Snapdragon 865 SoC, Qualcomm’s latest, is expected to power the package. That will undoubtedly be coupled with ample storage and memory, as is a OnePlus tradition at this point.

One of three, coming soon?

OnePlus 8 Pro is expected to be almost identical to its counterparts. Variations are mostly expected in the camera layouts and in both storage and RAM. The company typically launches at least two variations and there are three expected this time around.

The other two OnePlus 8 series phones — the OnePlus 8 and OnePlus 8 Lite, are predicted to sport three cameras on the back. That means they’ll likely be missing the ToF sensor mentioned above. Otherwise, they’ll likely look almost like the same phone on the outside. All the renders so far have only shown one color, a shiny silver tone.

Other details about the device have, of course, remained slim. Leaks have suggested that all three of the phones will launch at the same time. If OnePlus continues its trends over the past several years, there will probably be secondary versions too. For instance, this year the company launched a McLaren edition of its secondary, T-branded model, the OnePlus 7T Pro.

If the company follows past trends, the secondary versions will be the more powerful handsets to buy. They’ll also be more expensive. They’ll also feature unique color schemes and possibly some other build variations.

The launch is expected shortly after CES 2020, placing it between February and March. That also aligns with the timing of the OnePlus 8 Pro certification with MIIT.