The answer to this question solely depends on what you want from life. How you like to live and spend your free time. If you have a job that pays enough, the both countries are fun in different ways. Both countries have similar levels of freedom, same basic rights, and anything you can buy in Australia, you can also buy same in Germany.

Germany has over 82million people while Australia has estimated 24million. Germany is maybe as big as the Australian state of New South Wales, so a lot more people in a lot less space. And you feel it. Australia, at least away from Sydney and Melbourne has a much more open feel to it. Less crowded. 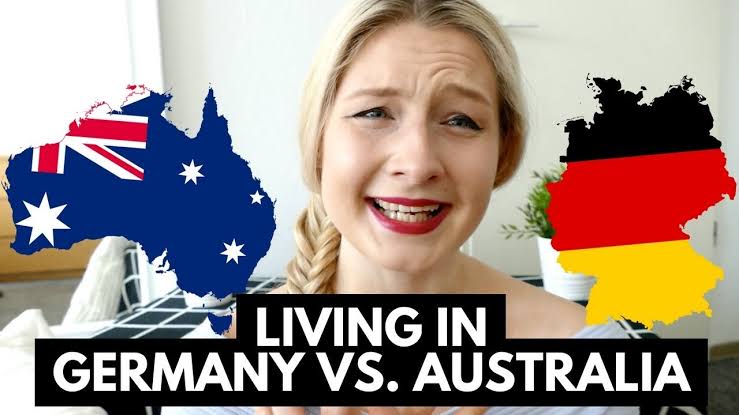 Australia has more nature to offer, more beaches, more diverse landscapes, from snowy mountains to deserts, forests to jungles and weird animals too. There’s more diversity in the people as well, from all cultures and more foods to try. But Australia is isolated, it takes ages to get anywhere. You have to fly 5 hours to get from Sydney to Perth. You drive long distances, public transport is poor unlike Germany which has a better public transport, and you can cross the country by car in 8 hours.

Germany has better health care system, it’s got a very stable government unlike Australia where the Pm changes every few months. Education in Germany is free while it’s quite expensive in Australia. The roads in Germany are better. The cars are better and so are the beers.. Smiles.

Germany is a country that like rules and regulations. Be on time, follow the guidelines, while Australia is a bit more lax that way. But that’s why Germany engineering is supposedly the best in the world, they do things properly with a “no nonsense” mindset but they also have more paid holidays 6 weeks vs 4 weeks in Oz.

On paper, you might earn more money in Germany, but you will pay more taxes. So, I would say money wise, it’s more or less the same. Also Germany has 4 distinct seasons:- proper spring, summer, autumn, and winter. While Australia is either hot or mild. That’s really it. And it’s often very humid, not so in Germany.